Architecture is something that both baffles and amazes me, and I love how the OMA/Progress exhibition at the Barbican highlights both those aspects. I went to see it over two days – the first time to read the display outside the gallery (which is so vast you need a separate visit to absorb it all), and the second time to wander around the vast exhibition space that covers two floors.

While the bottom floor is more about giving you a sense of OMA (Office for Metropolitan Architecture) and the machinations of the great minds within its offices, the top floor is an archive of projects past and present, and fragments of ones never completed.

In brief, OMA is a Rotterdam based architecture firm that was founded by the famous Dutch architect Rem Koolhaas in 1975. Later an additional branch called AMO was established with a focus on applying architectural thinking to questions of design, media, content and technology. So while OMA works on the material and tangible design, AMO helps build up the information technology to complement the architectural project. Often research by AMO inspires the work of OMA, and I love how in the 21st century to expect the material to succeed without catering to the virtual is but a foolish proposition.

This exhibition has been put together by Rotor – a collective that examines the construction and architecture industry through research, exhibitions and conferences. Their work is focussed on helping preserve and display archives of organizations like OMA, that would otherwise have never been seen by people like you and me. While there aren’t words enough to describe everything that impressed me at this exhibition, here are a few of my jottings and some images to give you a sense of what it was about. 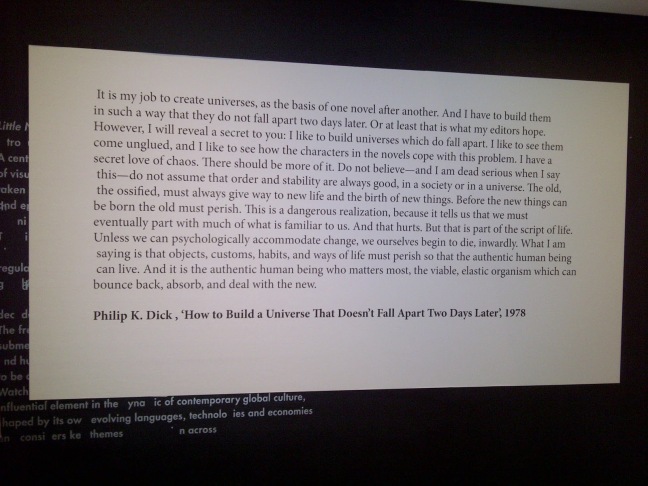 ‘The problem with architecture exhibitions is that they can’t show what they promise; architecture.’

‘A building is no longer an issue of architecture, but of strategy’ 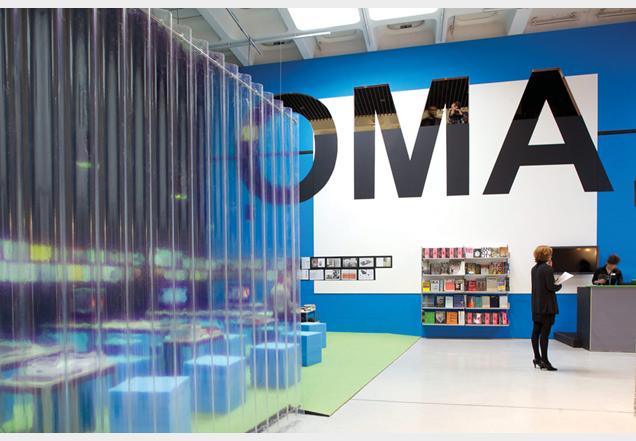 To be a critic today is to regret the exportation of ideas that you have failed to confront on your own beat, from your own backyard. 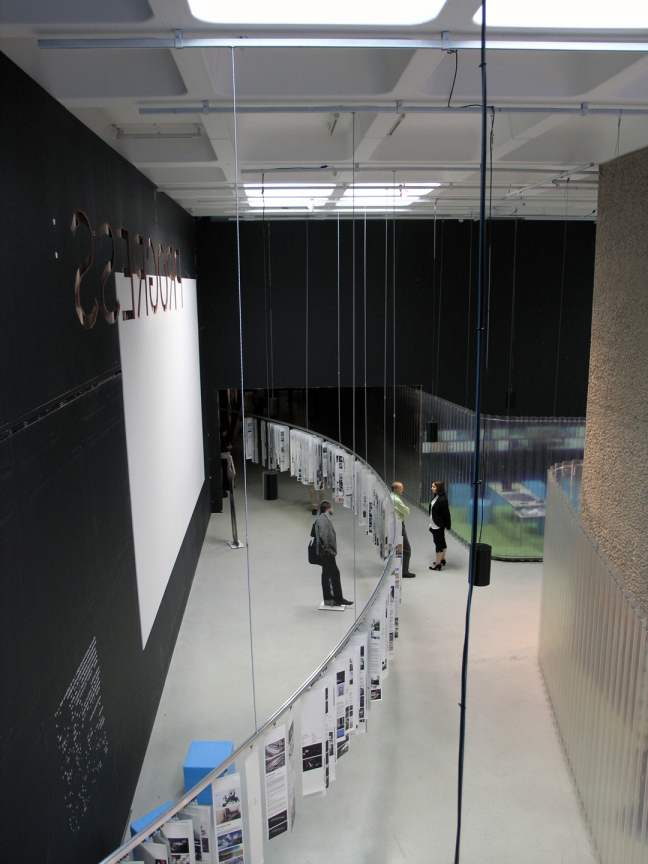 ‘A new definition of education could be – everything you need to know and understand which is not on a laptop…in other words mostly connections, context, coincidence, coherence.’

I also loved the screenshot of an OMA employee’s inbox with a search on the word AutoCAD. The number of emails going back and forth saying ‘Please shut AutoCAD if you’re not using it’ are hilarious. Especially an officious one from the IT department talking about the shortage of licenses…totally made me chuckle aloud.

Another funny one was a print out of a newspaper article about a survey that found male architects the sexiest kind of partner to have. Here’s the closest I could get to the actual article.

Working for a company that is in endless contact with architecture and design firms, this exhibition gave me a whiff of the sweat, blood and tears that goes into each project; an insight that will probably help me do my job a little bit better. A big thank you to Rotor for making this possible, and especially in a way that I could understand and absorb.

As far as weeks go, this has been by far one of the worst. I’ve lost one of my best friends to deceit and lies, and I’ve been without heating for the last three days in -2 degree weather.  At the end of it, I’ve realized that all you can do is make the best of the situation and move on.

I was watching the last episode of The Wire and that’s when the penny dropped….when Bubbles the ‘once-addict-now-reformed-model-citizen’ stood up in front of his support group and said – Ain’t no shame in holding on to grief . . . as long as you make room for other things too.

Thank you for saying that Bubbles. It has given me the push I needed, and the wake up call. Hopefully from now on things will get better bit by bit.