Every other week I come across people doing what they love, and doing it so well, it shows. And surprisingly you don’t have to go far to stumble upon them.

One such enterprising gem that I discovered a few weeks ago parked outside the Doodle Bar, came with a whole double-decker bus of inspiration and ideas. Called The Bicycle Library, Karta Healy’s is an obsession with all things bicycle and bike related…and it shows. 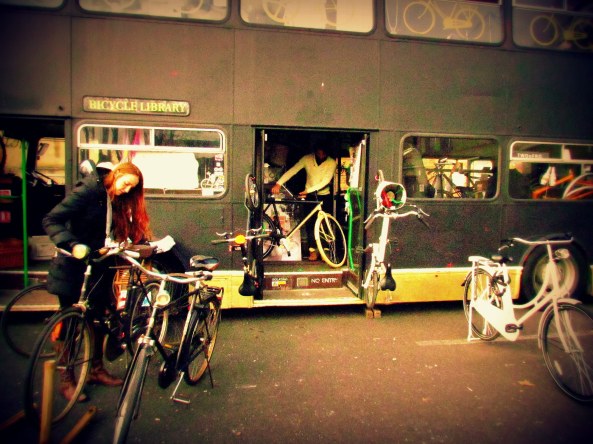 From designing his own bicycles and bike gear, to teaching people to ride safely and facilitating the borrowing, buying and selling of all kinds of bikes, Karta’s is a one stop shop for everything you would ever need to know or have to get pedaling  And more than the gear on display and the offer of ‘free air’, as his tire pump advertises, what drives the energy of this quaint Library is the conversations that naturally emerge from a bus filled inside out with bikes.

While the lower deck of the bus is stocked with gear and bike frames, upstairs you can find a collection of books, a place to sit back and have a chat, and the delightful offer of two teas for £2. 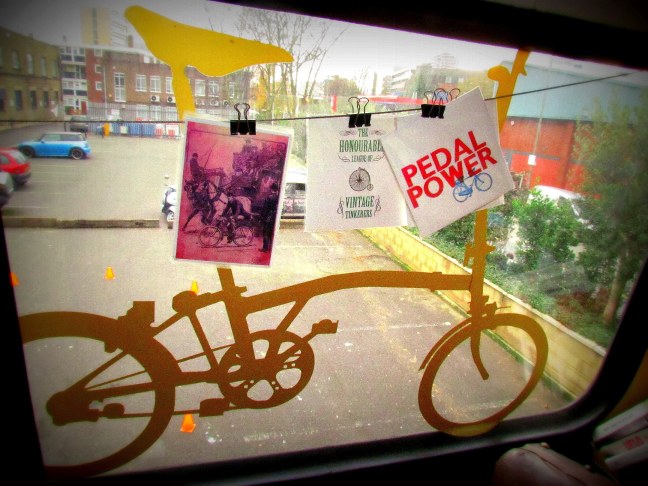 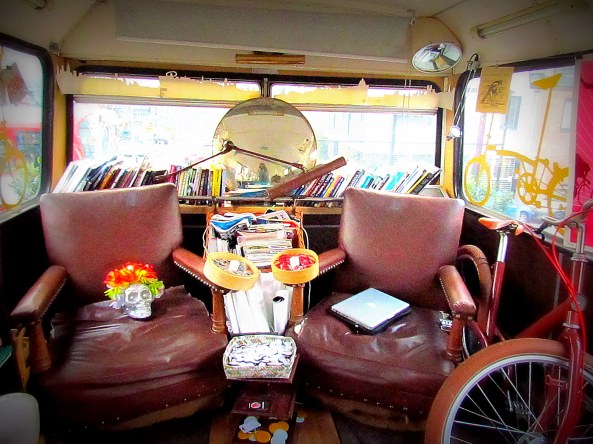 Karta himself has an interesting story to tell – his inspiration is his grandmother who taught him to ride at the age of 7 (too old in his opinion, but not in mine since I can’t ride a bike even at the age of 28); he grew up in India and experienced firsthand the anti-Sikh riots of 1984, he studied design at Central Saint Martins, and he spends several months a year in China where he has a factory and gets to design cool bikes for a living.

The rest of his story is for you to find out, and the Library though mostly parked at Hackney Wick tends to drift around the city. You can track it on the website, and even if Karta isn’t around, there’s more than enough on board to make you analyse why you do or do not ride a bike, and why you should.

Meeting Karta and the one lesson he gave me has inspired me to learn how to ride a bike this year. I know it’s going to take me a whole 365 days to get there, but with two down and lots more to go, there’s a big chance I can cross this one off my To Do list.

2 thoughts on “The Bicycle Library”